Where Fulton Sheen Was Consecrated Bishop in Rome 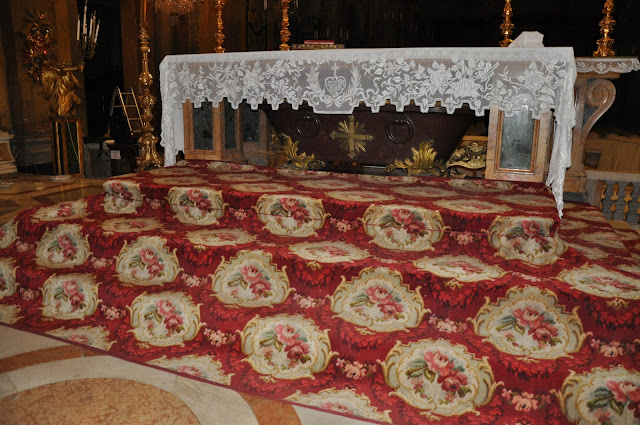 The stairs he laid atop during the rite of consecration.

This has always been my favorite Roman Basilica.  I still experience as I enter here an overpowering sense of the divine that I also feel in the chapel of the little house on Humility Street, the Casa Santa Maria.

The former titular church of Cardinal Pacelli and later that of the Cardinal Archbishops of the New York See.  Also where a poignant scene from the Scarlet and the Black was filmed.
at 12:02 PM