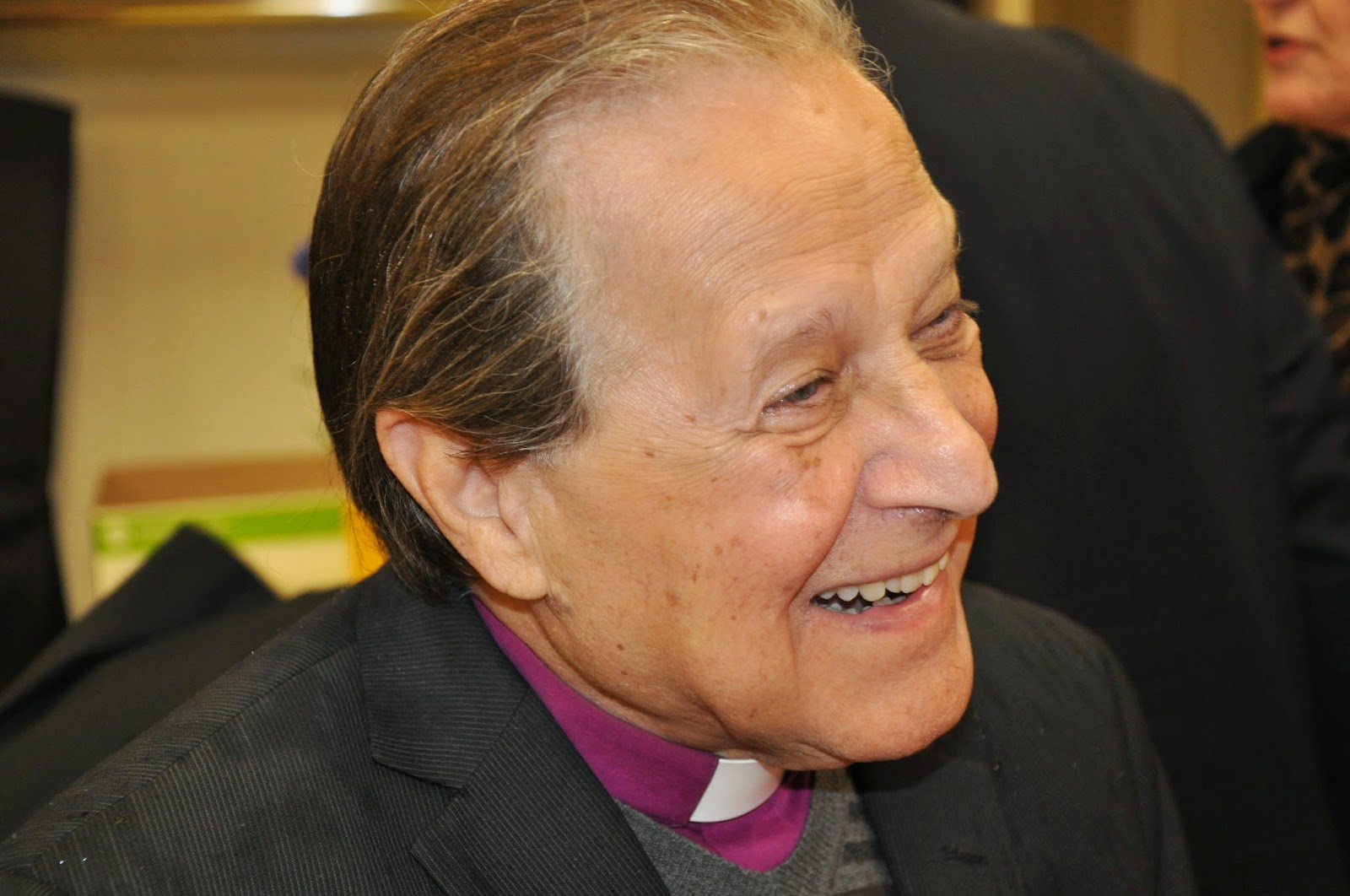 "A saint was my altar boy."

It was a great honor to meet the great Monsignor Pedro López-Gallo.

Ordained priest in 1951, he worked for many years in the Vatican.

Monsignor was telling me that in the summer of 1958, he celebrated Low Mass in the Cardinal's Palace in Venice.

He arrived at 7 am and the sister let him in.  He vested for Mass.  He began the prayers at the foot of the altar: "Introibo ad altare Dei."  The response came from the altar server on his left, the Cardinal Patriarch of Venice.

Four months later, Angelo Giuseppe Roncalli, Patriarch of the See of Venice, was elected Supreme Pontiff of the Universal Church.

They had also flown in an airplane together to Lourdes.  And the monsignor once drove in a car with Pope Paul, who asked him to pray the rosary with him.

You can read his inspirational  online bio here: http://saintpiusxparish.ca/about-us/monsignor.

Right Reverend Monsignor Pedro López-Gallo, PA, JUD, was born in Guadalajara, Mexico on June 27, 1927, the 6th of 12 children.  At a very young age he was influenced in his priestly vocation by the religious persecution happening in Mexico.  At the tender age of 10, he left for Spain to enter the seminary.  After 12 years, he returned to Mexico and was ordained on December 22, 1951.

In 1952 he went to Rome to study theology at the faculty of St. Thomas Aquinas.  At the request of His Holiness Pope Pius XII, he remained in Rome and studied for Vatican Diplomatic Service. His studies in Canon Law and Civil Law led him to work in the various tribunals at the Vatican over the next 25 years.  During this time, he served as Private Secretary to Cardinal Eugène Tisserant, Dean of the College of Cardinals, travelling with him all over the world.  He accompanied Pope Paul VI on his travels to various countries, and was named a Prelate of Honor to His Holiness Pope John Paul II in September 1990, and Apostolic Prelate in 2001.

Monsignor Gallo was Episcopal  Vicar of the Archdiocese of Vancouver from 1986-1990. He is co-Adjutor Prior of the Order of the Holy Sepulchre of Jerusalem, of which he, himself, has been a member for 40 years, Chaplain of the Knights of Columbus, and is one of the pastors responsible for St. Thomas Aquinas High School.  He speaks and writes in several languages and his articles are published in the Studia Canonica, Monitor Ecclesiasticus and in the B.C. Catholic weekly newspaper.

In 1978, Monsignor Gallo was called by the late Archbishop James Carney to work in the Regional Tribunal of Vancouver, first as Vice-Officialis, and then as Judicial Vicar in 1983.  In 1986, the shortage of priests led him to St. Pius X parish where he continues to be pastor.  Monsignor Gallo was indefatigable in his mission to construct a parish elementary school, which finally opened in 1996, and the ‘Gate of Heaven’ Columbarium which was dedicated and blessed in 2007.  His love of beauty is evident in the many works of art which grace the parish property, both inside the church and around the grounds, such as the grotto featuring Michelangelo’s Pieta, the Ecological Christ, the Baptismal Font, and the Altar of Repose flanked by two sculpted heavenly angels.
at 8:39 AM