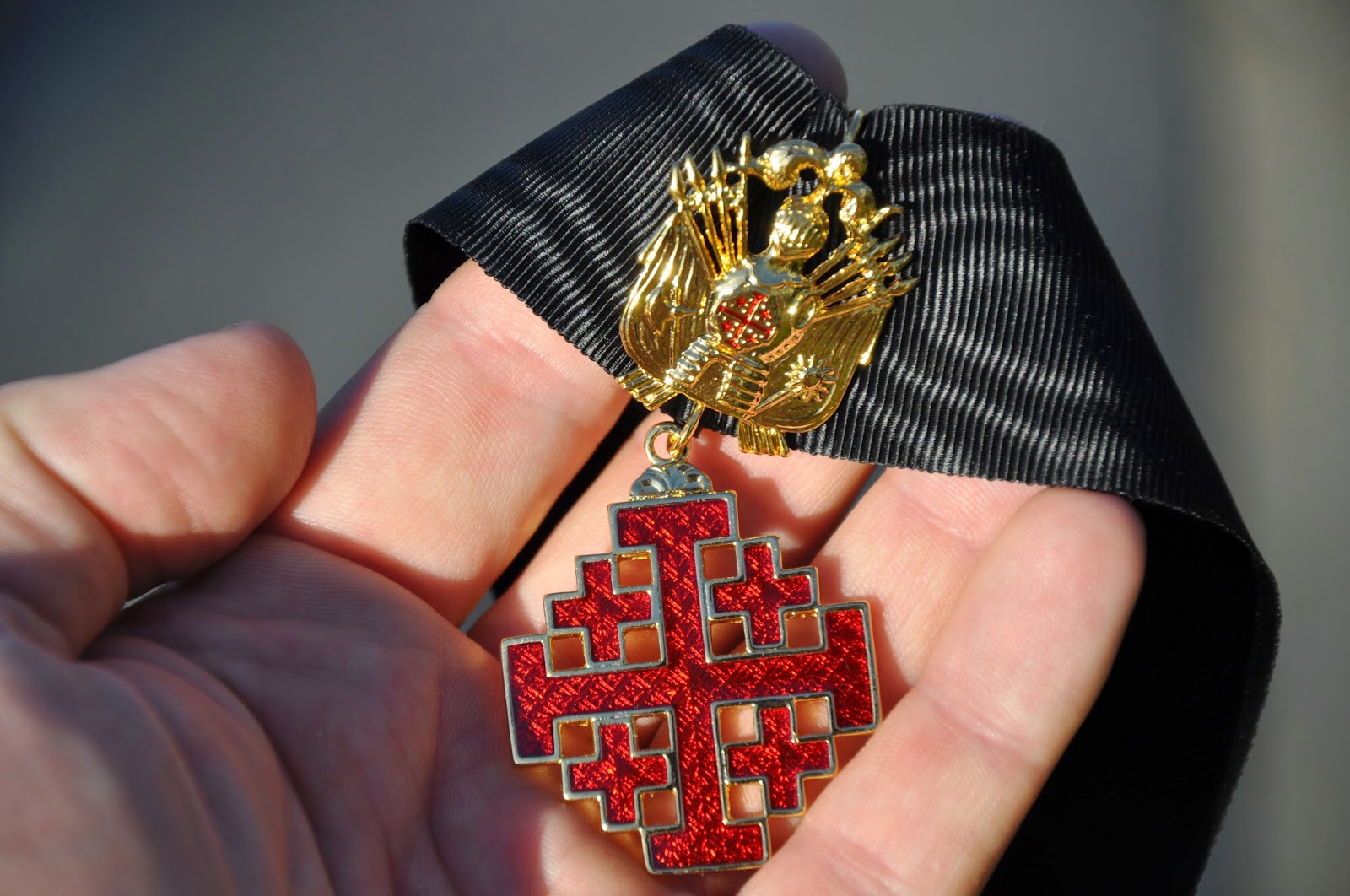 An Ecclesiastical Order of Knighthood.

The only Order of Chivalry under the protection of the Holy See.

Membership is considered one of the highest honors conferred upon clergy and laity alike.

The Order was established in AD 1099 by Godfrey de Bouillon, leader of the First Crusade.  He called for members from among his knights to spend their lives guarding the newly liberated tomb of Christ in Jerusalem.

In addition to being a great honor, membership carries with it certain spiritual and temporal responsibilities first among them being daily prayer for peace in the Holy Land.  The Holy See has given the Order the two-fold modern day mission of fostering the practice of the Christian life in the modern world, and, the preservation of the faith in the Holy Land.
at 5:33 PM