Ariccia: Where to Eat Near Rome 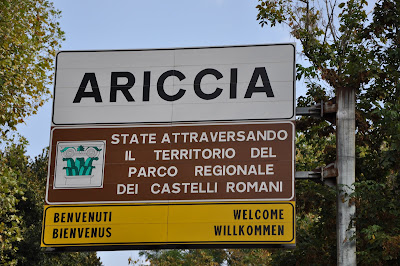 This is where Vatican II was written. The French liked their Colli Albani wine and porchetta sandwiches. Ariccia was the favorite place for the periti to get away; where they could do their eating, mingling, shmoozing and get down to business. Near enough to Rome, but also located in the countryside, Ariccia is close to the sea and a bit on the edge of civilization.

Whenever you have a committee write something, the end product becomes something like Vatican II. Some parts are super good, yes, and some parts can even be silly. Silly, you say? Yes. Examples? A bit like when Gaudium et Spes explained that people have to obey the speed limit. Um, speed limit? Which begs the question, what business does an ecumenical council have saying anything about a speed limit? Silly, yes, and even reminds one a bit of Trent when it said that if a guy walked with a gimp he was to be excluded from Orders.
at 8:42 AM