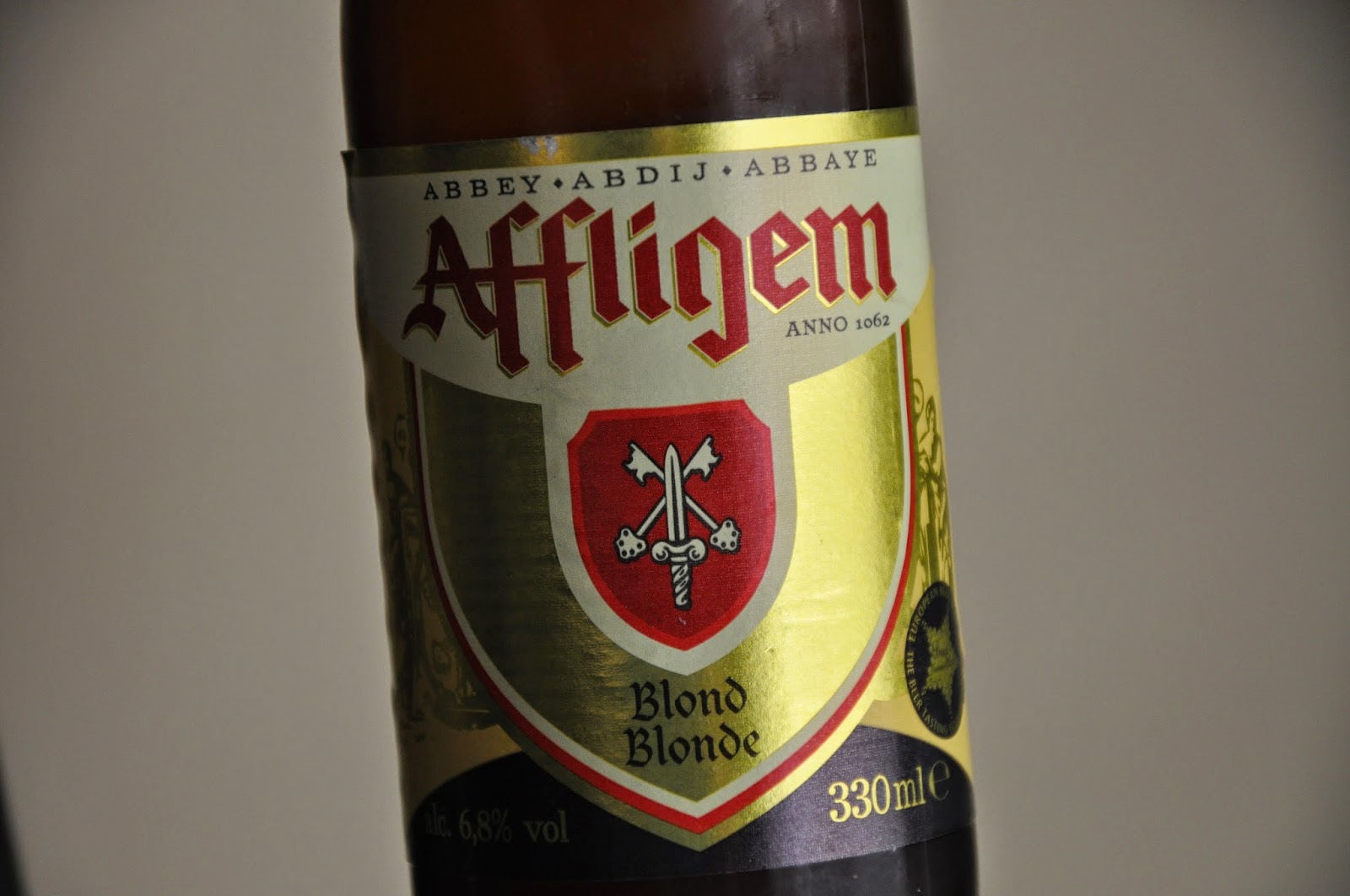 The Abbey of Affligem was founded in 1094.

Pray for vocations.  There are very few monks left to fill many of these Belgian beer-making monasteries.  The brew monks survived the violence of the French Revolution, two world wars, and the sexual and cultural revolution.

The beer label seen here is now owned by Heineken (the brand name is used under license agreement from the last monks left at Affligem Abbey).

On another note, there are 10 Trappist Abbeys still making beer inside their Abbeys.  Now usually just under the supervision of the older monks - the dozen or so that are left in each monastery.  The Church is in need of more vocations.  It would be a great vocation to be a beer-making monk in Europe.  Patersbier (fathers' beer) is the beer the monks make for themselves and serve on Sundays and feasts, a weaker version, a bit like an enkel, meaning "single," used to describe the basic recipe of their beers.
at 11:33 AM